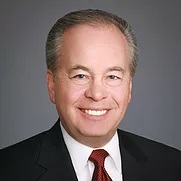 Kyle Olson is the President and founder of The Olson Group, Ltd. An internationally known authority on terrorism and weapons of mass destruction and a leading designer and facilitator of preparedness and response exercises. Mr. Olson launched OGL in 2005 to provide responsive, expert-driven support services to Federal, state, and local homeland security, public safety, and health agencies. Under his leadership, OGL has grown from a one-desk, one-room operation to one of the nation’s leaders in the provision of homeland security and emergency management services.

Mr. Olson has successfully worked with first responders and Cabinet officers, mid-level and senior officials at all levels of government and industry. His clients have included Federal agencies, state governments, cities and counties, international organizations, non-profits, and Fortune 500 corporations. Over the past thirty years, Mr. Olson has designed and executed hundreds of Tabletop, Functional and Full-Scale homeland security and emergency management exercises and facilitated significant conferences, workshops, and seminars. A problem-solver by nature, he is adept at defining novel solutions to complex problems and bringing “outside the box” thinking to bear in resolving intractable issues.

Mr. Olson has testified before Congress, contributed to and edited books and articles on national security issues, lectured at universities such as Georgetown and Harvard, and such institutions as the Aspen Group, the National Defense University, and Air Force Special Operations School. He has frequently appeared as an expert on news programs in the United States and abroad and is regularly cited in the written press.